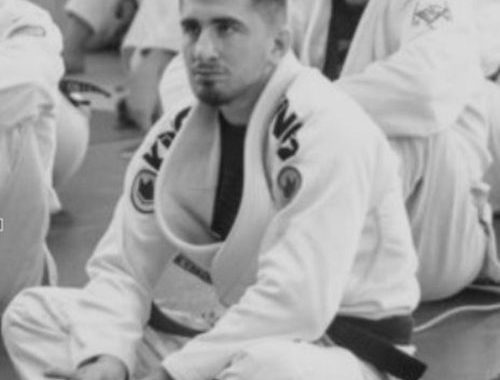 Gabe’s martial arts journey began with Shotokan Karate.  After earning his black belt, Gabe’s thirst for knowledge grew, as the UFC and Brazilian Jiu-Jitsu caught his eye. With the interest of learning real self-defence that would work on someone bigger and stronger, Gabe started training at a local MMA academy.  While the gym offered Muay Thai and other classes, Gabe fell in love with BJJ and started competing within months of training. In addition to the learning and competing, Gabe enjoyed being a part of the culture and community that BJJ provided. As he explains, “Jiu-Jitsu has a way of bringing people together. You have doctors, students, and people from all different walks of life stepping on the mats and training together. These are people who otherwise probably would never have met, and they build strong bonds and friendships through the training.”

With over one hundred matches in BJJ or grappling, Gabe has competed both locally and internationally, including a number of times at the world championships in California, for both Gi and No-Gi. Now eleven years into studying Brazilian Jiu-Jitsu, Gabe has also cross-trained in a multitude of other disciplines, including varsity wrestling for the University of Toronto. While Gabe’s focus as a competitor has now shifted from BJJ to Pro MMA, Brazilian Jiu-Jitsu is the foundation upon which he has built his skillset. Gabe has learned from some of the most recognized figures in BJJ, including Saulo Ribeiro, Xande Ribeiro, and Royler Gracie.